Binion’s was once home to the World Series of Poker. It lost poker’s main tournament series in 2005 after the casino was acquired by Harrah’s Entertainment, which is known today as Caesars Entertainment. This started a freefall for Binion’s relevance in the poker scene.

The casino is now owned by TLC Enterprises. This is the same company that owns Four Queens. Many changes have occurred on the property since Binion’s changed hands. Its hotel closed, valet service was discontinued, and players must now earn free parking on visits.

The quality of casino games has since fallen off a cliff. All blackjack tables there now pay 6 to 5. The best video poker game has a house edge of nearly one percent.

In 2017, Binion’s moved its poker room. It is now found at the rear of the table game pit. It now hosts just six poker tables. This is ample space during most times of the year. The capacity is generally only needed for the summer Binion’s Poker Jam and an occasional weekend guaranteed tournament.

It is rare to find more than one cash game table at Binion’s and the tournament action is slow. This is a significant drop from its business just a few years ago. Most of the Downtown Las Vegas poker action is now at Golden Nugget.

The best part of playing poker at Binion’s is its deep poker history. Many of the dealers from the peak years are still around. This means the games have a high level of professionalism. The sportsbook and restrooms are just a few steps away.

It is difficult to find a game here these days. When one does run, the games tend to be tight and full of regulars. The tournaments tend to only draw one or two tables, if they get off the ground at all. The room is more like a pit. This can make it smoky from nearby table games, slots, and the sportsbook.

The only regular cash game at Binion’s is 1/2 no-limit Texas Hold’em. The minimum buy-in is $100. There is no cap.

Binion’s advertises a fixed-limit game, but this has not been a regular fixture there in years.

Binion’s rakes 10% up to $4 per hand plus a jackpot drop. The poker room gives players $2 per hour in comps.

Cash game and tournament players receive free parking. Comps may be used for food on the property or at the Four Queens hotel.

Although the hotel rooms at Binion’s have been closed since 2009, poker players do receive a discounted room rate at Four Queens. This is a sister property of Binion’s.

The hotel accommodation offer mentioned earlier comes with no minimum play requirement. For full details on this offer, you can call 702-366-7361. It tends to about $29 on weeknights and $60 on weekends.

The only non-gaming amenity at Binion’s is restaurants. The Top of Binion’s Steakhouse is a hidden gem downtown. Guests may access it through a glass elevator that overlooks the Fremont Street Experience. Otherwise, there is a café and deli.

There is plenty to do outside of Binion’s. The Fremont Street Experience offers light shows at the top of every hour at night on its canopy. There are bands playing outside Binion’s each evening.

During the summer, classic bands perform. One of the biggest parties in the world takes place on New Year’s Eve at the Fremont Street Experience. There is a zip line that cruises the length of it that operates day and night year-round.

Golden Nugget is the only other poker room left in Downtown Las Vegas. It offers 1/2 no-limit Hold’em with the same $100 minimum as Binion’s. There is also no cap in this game. Players will find fixed-limit Hold’em at Golden Nugget, too. The casinos are across from each other on the Fremont Street Experience.

If you are looking for tournaments, Golden Nugget is a great choice. Like Binion’s, it has a summer tournament series.

The only other poker room close to Binion’s is at Stratosphere. It struggles with cash game and tournament traffic in the same way Binion’s does. We feel you are better off checking out the action at Golden Nugget if you are not happy with the play at Binion’s. 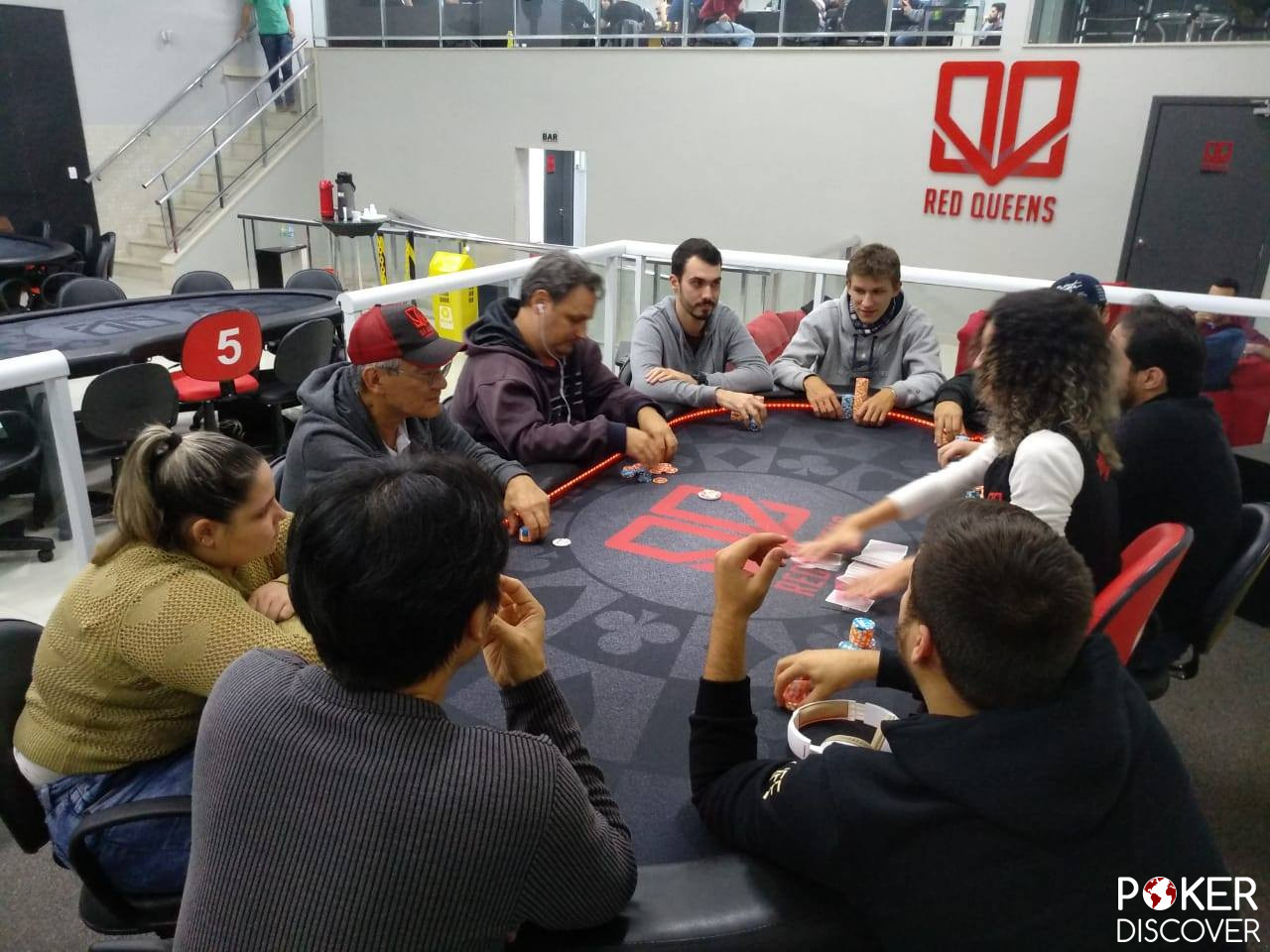 On Monday night, Korey Payne became the newest champion on the Mid-States Poker Tour (MSPT) after besting a field of 1,239 entries to take home the top prize of $327,773 in the MSPT Venetian $1,600 Main Event. His victory capped a three-day tournament and five-day-long event that generated an overall prize pool of $1,771,770.

The run started with Payne finding a double with pocket sixes by hitting a six on the turn against Jorden Helstern's flopped top pair of queens to double to over 2 million. From there, he hit a set of queens in a three-way pot to eliminate Zachary Grech in 10th place and wound up taking a second-place stack into the final table of eight.

From Eight To One 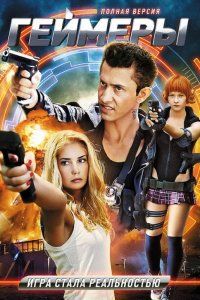 Day 1a Chip Leader Salim Admon came into the final table with a stack nearly double that of Payne's. On the first hand of the final table, he doubled Dale Eberle, but Eberle gave it all back on the next hand when he check-shoved king-queen on a queen-high board and Admon looked him up with two aces. Helstern was then the shortest stack and lost a coin flip versus Randy Froelich to bow out in seventh shortly thereafter.

Half a level passed before the next elimination in David Poces, who lost a coin flip of his own against Satoshi Tanaka. Tanaka then found himself in the hunt, but he became the next one to bust another 30 minutes later when his pocket tens were cracked by Martin Zamani hitting a diamond flush with ace-five suited for almost all of his chips. Finding himself left with crumbs, Tanaka watched Zamani hit another diamond flush on the following hand to make his fifth-place finish official.

One hand later, Zamani eliminated Froelich in fourth, but was still third in chips behind Admon and Payne. Chips flew across the table over the next 40 minutes with Zamani eventually four-bet-shoving with king-deuce suited in a blind-on-blind situation against Admon's ace-king. Zamani hit a deuce and doubled to become the chip leader, but he then ran two unsuccessful bluffs against Payne to first double him, and then fall to him.

As a result, Payne took a commanding chip lead into heads-up play but quickly doubled Admon. The two battled from there, with Payne grinding Admon down a bit before doubling him once more. Chips then went back and forth until the final hand of the night, when Payne made kings up on the turn and led out after check-calling a bet from Admon. Admon raised, Payne immediately announced he was all in, and Admon eventually wound up calling with a pair of queens that remained second best to earn Payne the title of MSPT champion and the top prize of $327,773 that came along with it.

Just one more stop remains in Season 11 of the Mid-States Poker Tour (MSPT). From December 18-20, the tour will close out the year with a $1,100 buy-in, $200,000 guaranteed Main Event at Grand Falls Casino in Larchwood, Iowa, which is actually situated just across the border from Sioux Falls, South Dakota.

A series of $65 and $250 satellites will feed into the Main Event, which will feature two starting flights. Day 1a will take place at 3 p.m. on Friday, December 18 with Day 1b taking place at the same time on Saturday, December 19. The surviving players from both flights will then return for Day 2 at 11 a.m. on Sunday, December 20 to play down to a winner.

The tournament comes on the heels of August’s record-breaking MSPT Main Event at Grand Falls. That $1,100 buy-in tournament was the first mid-major poker tournament in the United States in nearly six months, and the 518 entrants not only surpassed the venue’s previous best field of 238 runners in 2015 but also became the largest major ($1,000+ buy-in) in Iowa history.