Darkness smothered out any light that tried to squeeze through the

cracks in one heavily guarded cell.

The horrid stench of blood wafted throughout the building, emanating from the only cell in the lab.

The figure sat lifeless in one of the stone corners, staring blankly into the never ending blackness.

E/c eyes glanced around with a dullness only achieved when submitted to total boredom.

He was starting to enjoy the little experiments, always having to kill a small animal mercilessly and sometimes, even a human.

The scientists would occasionally be kind enough to let the male rip the corpse open and feast, but lately those chances seemed to be dwindling. Lately there have been less guards around and the scientists haven't come by to wash him in two weeks.

That's why he's been covered in blood and the smell was overwhelming. They haven't fed him recently either, hunger starting to take over his mind. He can smell fresh blood from the halls and panicked screams echoing. Footsteps scrambled to escape whatever unknown threat, eagerness starting to rise in the trapped male.

Maybe somebody will finally rescue him!

Just as the thought crossed his mind, the door to the cell burst open. Instead of the scientists or guards, a tall figure dressed in black stood silently in the doorway.

His face was hidden behind the blue mask he wore and strands of brown hair poked out from his black hood.

The figure stood there, making no move to help, before he turned to yell something down the hall.

'It's not Jeff, but I found someone!'

His tone of voice sounded almost strained or desperate, like he had seen something that shocked him.

The male in the cell blinked owlishly, his gaze wary and somewhat intrigued.

Dame valet poker. He was confused about this person's tone.

Did he look bad?

Maybe it was the blood?

Whatever it was, the being still advanced towards him.

Suddenly feeling frightened, the smaller male pressed himself closer to the cold wall, straining the chains bound to his wrists.

The other seemed kind of hurt by the action, but still he came closer, holding his hands up to show that he meant no harm.

Even though his movements were gentle, the scared male still yelped and flinched away when a grey hand rested on his bare shoulder.

He seemed to try and say something, but maybe he hadn't had anything to drink recently because only a small squeak resonated from his mouth. That caused him to start coughing, his lithe form shaking violently from the action.

Again the figure came towards him, and this time he was finally able to speak.

His h/c hair bounced as he once again coughed.

By the time he was done coughing, there were already several other people in the room.

At the moment there were only males in the room, causing the chained teen to start struggling against his restraints.

As the others tried to calm the teen, a female figure finally entered the small space.

In her white hands was a file and from what she was reading, her pale face was that of shock.

'Guys back away from him.'

Her black eyes flicked up to make sure they listened.

Pushing through the group, black hair fell off her shoulders as she leaned forward.

Her pale hand touched his shaking shoulder slightly and she watched silently as he relaxed.

Normally she wouldn't be so gentle with someone she just met, but after reading through the file, she thought otherwise.

Jane offered her hand to the nervous boy, but he only shook his head frantically.

Again, his lips moved to try and speak and he was finally able to say something without coughing.

His face became red as he noticed the raven haired girl knew exactly why he couldn't stand.

Sighing, Jane turned to the group of guys in the room, seemingly considering something.

Nodding to herself, she turned back to the chained being.

'I need one of them to carry you, so don't panic alright?'

His eyes wavered a bit at the thought of being near another male, but he needed to get out of here.

The same guy from before started to come forward again, but Jane stopped him.

'Before you pick him up, everyone needs to know something. '

She paused to make sure the others were listening.

'The reason he's so timid is because one of the doctors had continuously raped him. there's a more detailed description in the file, but I wouldn't read it. Just be slow and gentle with him.'

The dark figure beside her nodded and stepped closer to start unlocking the chains bound to him.

Rubbing at his sore wrists, his e/c irises flickered up as he was lifted into strong arms.

Keeping calm, he allowed the male to carry him out into the brightly lit hallway.

Scanning the area, the sight of blood splattered all around was almost beautiful to him.

He hasn't seen fresh blood in weeks and the hunger was starting to feel painful.

As the group ran down the halls, the h/c male swung his arm out and caught a vile from the many shelves adorning the walls.

The green liquid will serve to heal all of his past and present injuries.

He'll be able to walk again after the serum takes effect.

Downing the nasty liquid, his body started feeling weird as the many cuts and bruises on his skin started to heal.

Jumping out of the other's arms, his legs wobbled slightly to get accustomed to walking after years of torment.

After making sure that he didn't need support from the wall anymore, he casually walked on with the group.

They all seemed confused and astonished about his quick recovery.

Y/n seemed to flinch when hearing his name, but he was quick to hide that.

'That was something the doctors used to heal their own injuries with when I would attack them. I don't know exactly what's in it.'

Seemingly different and more calm than before, Y/n kept walking forward as the others followed.

Slowing slightly, he just remembered something.

'Hey, weren't you trying to find someone? I heard the name Jeff?'

Everyone perked at the name, meaning he must be a friend of sorts.

Y/n took that as a yes and headed for the only other containment room that he knew of.

Swiping a card from one of the dead scientists, the door was opened and out came a very pissed off Jeff the killer.

Since Y/n was a stranger to him, that's who he lunged at. 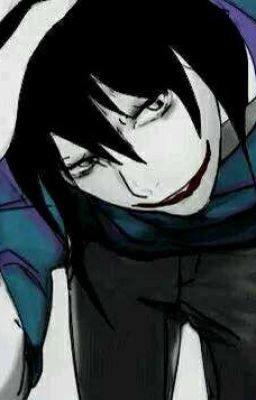 Before he could even wrap his hands around the other's neck, the male bent down in a fighting stance and twisted Jeff's arm so that he swung backwards into the wall.

To make sure that a fight didn't break out, BEN bravely stepped in front of Y/n.

As Jeff got up to attack again, he found his friend instead.

BEN quietly assured that everyone was alright and that Jeff was safe.

'Dude chill. This is Y/n and he was trapped here too. He helped find you.'

Jeff's permanent smile twitched in irritation, but he just pushed past the others and started leaving.

Thinking that it was fine to follow, everyone took off in that direction.

Y/n knew exactly where they should escape if they stayed in this hall.

Distant footsteps were heard in front of them and the few remaining doctors scrambled down towards them.

They stumbled when they saw what was blocking the hall and dashed forward in an attempt to pass through them.

Y/n's hunger took over at that moment and the first doctor to get close enough was pounced on.

Sinking his slightly sharper teeth into the person's neck, he lapped at the blood flowing freely out of the wound and bit a chunk flesh off.

Before the other doctor could turn to run away, Y/n aimed to punch him in the throat, temporarily catching him off guard.

While being stunned from the lack of oxygen, Y/n skillfully drove his hand through the human's chest and gripped at his heart.

He contemplated on eating the organ, but at the moment they should try escaping first.

Instead, he just tightly gripped the organ until it exploded.

Letting the body fall, he turned towards the others and noticed the shocked faces.

Shrugging in their direction, he continued to walk towards the exit.

It was almost in sight, the freedom he was looking for this whole time.

Y/n started running, a smile plastered on his face for the first time.

He could hear the others close behind and with a newfound strength, Y/n burst through the door.

The sunlight nearly blinded him compared to the lab, but he still continued to smile as they headed off into the woods.

Slowing to a similar pace with the others, Y/n smiled brightly at all of them.

At the moment he was so happy he couldn't thank them, but his smile was enough to show how much he appreciated everything.

'Y/n, why not become one of us? I'm sure Slender would let you live with us too.'

Masky spoke up for the first time, Hoodie nodding at his words.

Y/n seemed confused by their question.

The group facepalmed when they realized he's never experienced anything outside and so he wouldn't know who they all were.

Jane decided to explain their whole origin and what it would be like to join them.

The mention of killing people seemed to spark his interest and he quickly agreed to joining them.

All they have to do now is persuade Slenderman himself that Y/n should become one of them.

To become a Creepypasta…