Blue Mountains: Double your odds at Hydro `20s gangster night. By Ellen Hill for Escarpment Group Photo: David Hill. Support the CareFlight cause when you book one ticket to the Gangster Casino Night at the Hydro Majestic Hotel on Friday, February 5, and the original Blue Mountains party palace will double your odds with a second. Tomorrow night Check prices in Medlow Bath for tomorrow night, 7 Dec. Next weekend Check prices in Medlow Bath for next weekend, 11 Dec. Casino Hotels in Medlow Bath.

By Ellen Hill for Escarpment Group

In the tradition of Al Capone, Dutch Schultz and Bugsy Siegel, the original Blue Mountains party palace will reawaken the spirit of its Roaring `20s heyday when the Hydro Majestic Hotel holds a Gangster Casino Night on Friday, February 5.

The event, which will kick off Roaring 20s-themed events at the hotel during that weekend, will celebrate the era of breaking with tradition, crooks and prosperity.

Prizes on the night will include accommodation packages, dinner and show tickets, day spa and high tea packages and more.

An 18 years plus age restriction applies for this event, which will be held from 9pm to 11pm.

Net proceeds from the event will go to CareFlight aeromedical charity. Donation receipts are available on the night for cash-in purchases only.

Established in 1986 with a mission to save lives, speed recovery and provide the highest standard of rapid response critical care, CareFlight has since helped more than 5000 patients a year.

CareFlight relationship development manager Andrew Whitelaw said: “CareFlight’s first mission, close to thirty years ago was flying two children after an accident in Lithgow. From those early beginnings, CareFlight has continued to service the greater Blue Mountains communities. Without the generous support of these communities, we would not be able to take off – literally.’’ 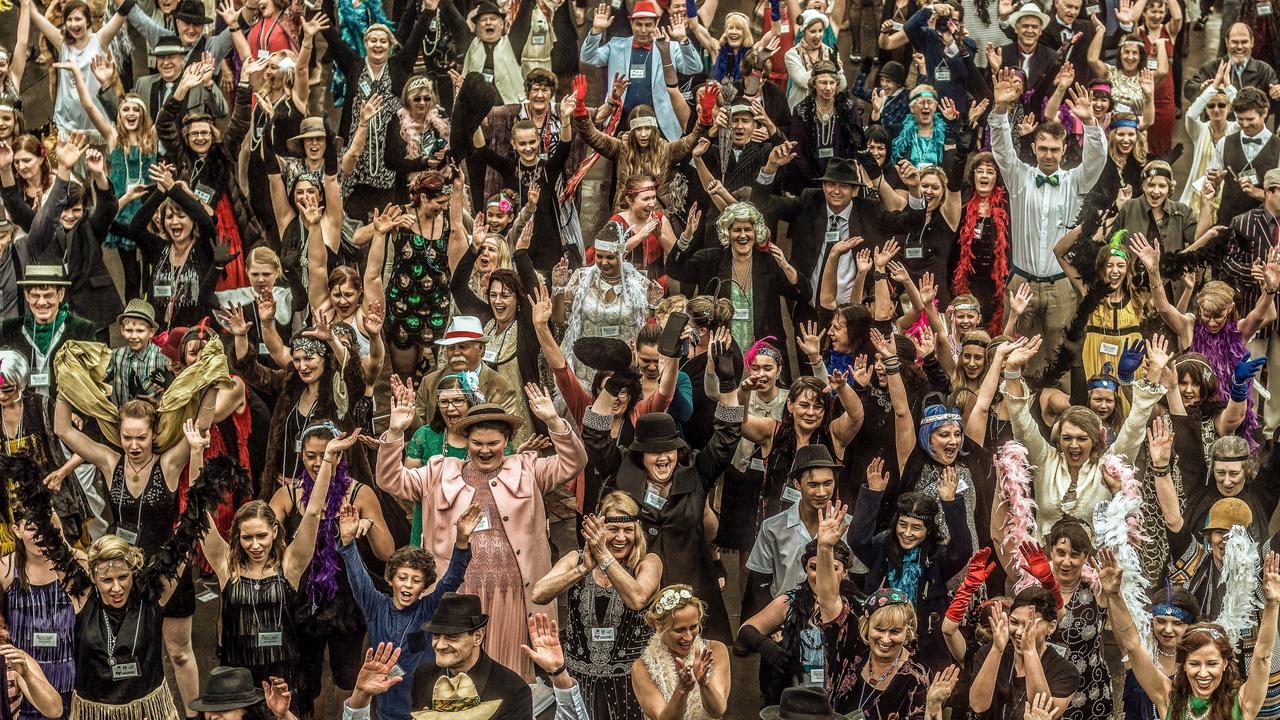 The Gangster Casino Night would provide the pinch of outrageousness the Hydro Majestic was renowned for when it was opened by retail doyenne Mark Foy in 1904.

“Foy held legendary parties at the Hydro. They were totally over the top and hedonistic. His `Palace in the wilderness’ was where everyone who wanted to have fun went – the famous and the infamous.

“There will be no cigars or opium like there was in the 1920s, but there’s no prohibition in 2016 so our bars will be open and serving a range of exotic cocktails.’’

Elegant gangsters and flappers can relive the era of sumptuous architecture, saucy clothing, outrageous dancing and jazz music at the most famous hotel in Australia.

To look the part, gents could wear a three-piece suit (pinstriped if possible) accentuated by a contrasting tie (never a bow tie) and suspenders, with a dark overcoat, a fedora hat, black dress shoes with white spats, a pocket square, watch chain with a watch and a thin, straight moustache.

Accessorise with a long string of beads; a beaded skullcap, fascinator headpiece or scarf; long satin gloves; stockings rolled down just below the knee; and Mary Jane-style shoes. Hair was worn in a bob, a chignon; or waves or kiss-curls around the hairline. Casino receptionist hiring.

The popular festival will continue to swing at 11am on Saturday, February 6, when approximately 520 people attempt to reclaim the Guinness World Record for the largest number of costumed people dancing the Charleston at the Hydro Majestic Charleston Challenge.

That will be followed by the Majestic Long Lunch from 1pm to 5pm featuring regional food and wine, special guests, dancing and jazz music.

Guests can complete their immersive 1920s experience with Shanghai Nights of cocktails and canapes, lights, lanterns and jazz music to celebrate on the eve of the Chinese lunar New Year.

The Roaring 20s Festival will continue throughout February at other venues around the Blue Mountains.

Go to hydromajestic.com.au to book the Gangster Casino Night ($65 per person) and other Hydro Majestic Hotel events and register for the Hydro Charleston Challenge.